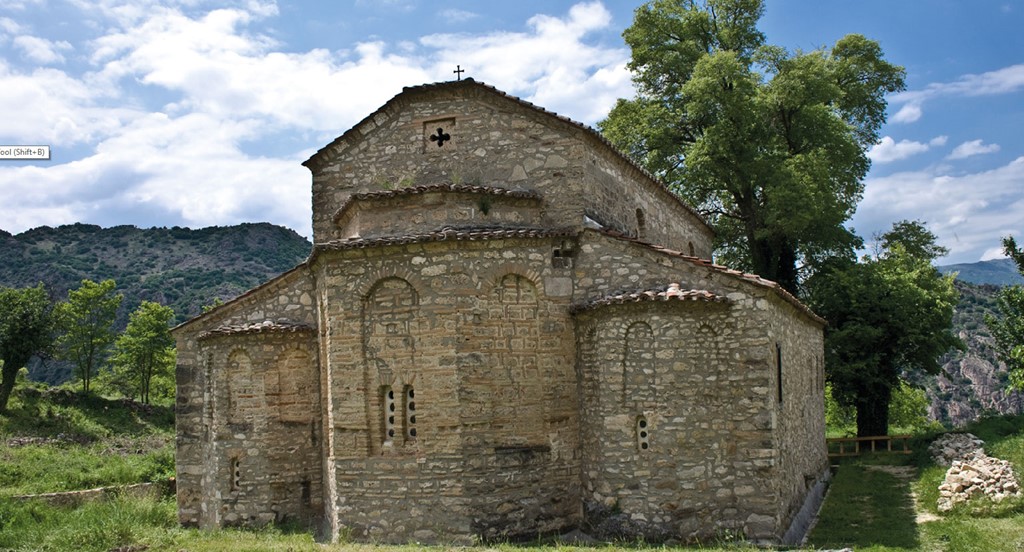 The church “St. Nicholas” in the village of Monastery in Mariovo is built on an older facility, and it got today shape in 1266. The church is a three nave basilica without narthex, central vessel is arched and the sides are with an open roof construction.The east parts end with semi-circular apse from the inside and three side apse from the outside. Fresco painting was completed in 1271 during the reign of Michael VIII Palaeologus. The long article in the main part explains the history of the church. It says that the painting was done under the leadership of Deacon John, the Holy Archbishop speaker, who called several prominent masters to do the frescoes of the church.