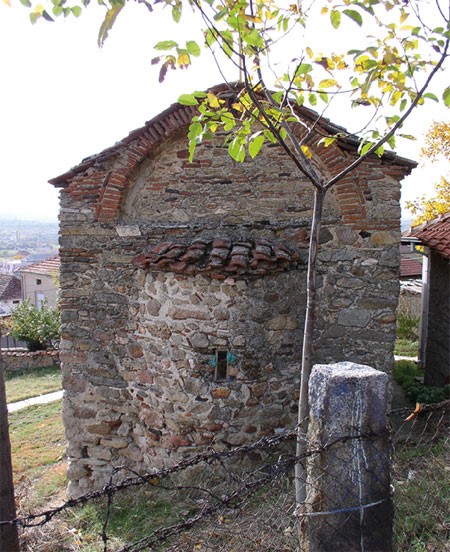 Holy Virgin Mary Church is a nave building with a semicircular apse on the east side, built in the early XV century (1416 or 1438), seen from the inscription on the west wall above the entrance door, where we learn that the building was ordered by Paul and Radoslav, the sons of Theodore. It was built of stone and bricks, used in two rows in the upper half of the church. It suffered from the fire causing twice and its paintings are quite damaged. We can see from the remaining frescoes in the apse that the unknown painter presents us with a solid picture and rich colors. Preserved signatures are written in Old Slavonic language.