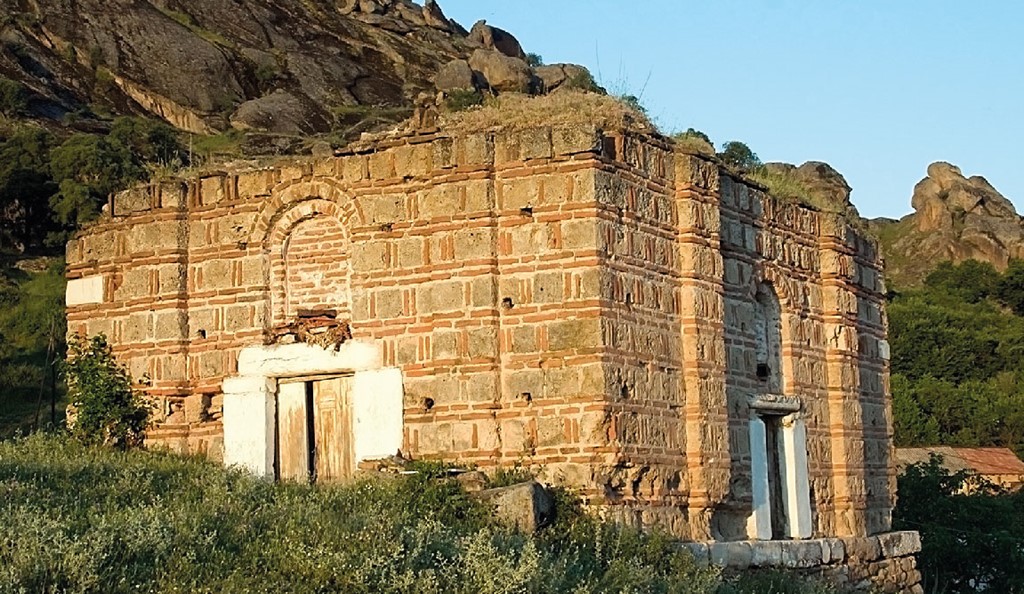 Right over the road leading to St. Archangel Michael, on the right side, there are remnants of the former medieval church of St. Athanasius. There aren’t preserved any historical data, or any posts on the church. The church has right angled base with an inscribed cross and dome (now demolished), it is carried by four monolithic pillars, of which only two are preserved on the eastern side. Built in a combination of carved blocks of freestone and bricks, typical building of XIV century.

On the east side ends with a three-sided apse, broken down by major biform. In the upper part it is completely destroyed, and there aren’t any paintings saved.